The Way We Were Wednesday - Pateley Bridge in Yorkshire 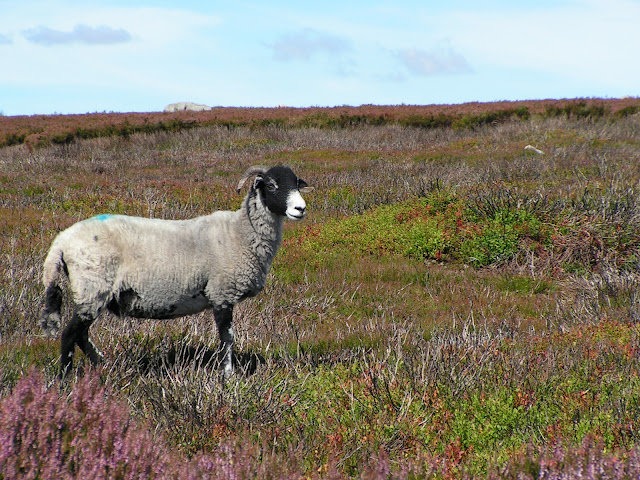 For decades, Jay took part in a conference every four years at Oxford University.  A world wide gathering of scholars, and a great reason to go to England at least once every four years. The second time I went with him, we added a week, rented a house in Pateley Bridge in Yorkshire, and were joined by two dear friends who live in north London.  Stephen grew up in Yorkshire.  His parents were still alive and living in the home he grew up when we were there.  We visited with them, and went out to dinner with them.  (Sweet and delightful people.) Duncan and Stephen rented a car and drove, we got off into the back roads in heather and moors of Yorkshire.

That trip was the start of sheep being a recurring theme in my life.  They are so peaceful and fluffy!