Will it become an Icon? 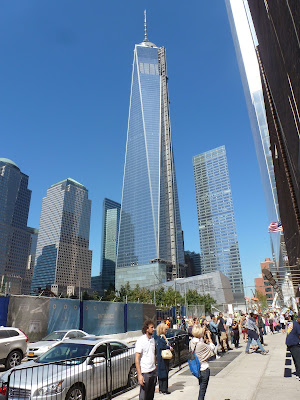 When you think of major world cities you sometimes think of the iconic buildings in them. London has the Pickle, and now the Shard (I have not seen it,) San Francisco as the Trans America Building, better known as the Pyramid, Chicago has the Sears Tower, and the John Hancock Building.  New York has the Empire State Building, and had the Twin Towers of the World Trade Center before that fateful day in 2001.  Now it has the "Freedom Tower."

Will this new building stand out from the crowd and become an icon of New York City?  I question if it will for a few reasons.  It is large, but not strikingly so, the exterior finish blends in with the surroundings - rather then stand out, and the the name is political not iconic.  I think this building will simply blend in as a large building in a city of huge buildings.  New York has others, the Chrysler building was built to rival the Empire State Building, and yet I have never noticed it in New York City, it blends in, it is not a symbol of the city.  Chicago has several other significant buildings, sorry Donald, but the new Trump Tower, even with his name on the side in what look like block high letters, is not a recognized symbol of Chicago.  And so I suspect the Freedom Tower will soon be another huge building in lower Manhattan.  Until we start seeing tourists buying images of the building wrapped in a giant Ape.