Beyond the end of the road 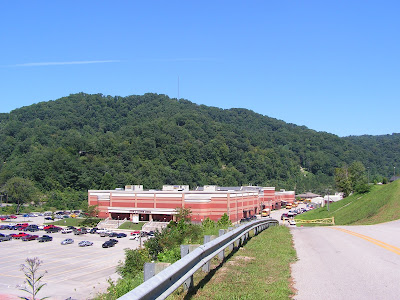 Business travel takes me to where I am needed.  Often this is nice places, world class cities, exotic locations, places of great beauty, but not always.   There is a significant part of the United States that is rural, very rural, beyond the end of the road rural.

I understand this part of the country, the house I was raised in is about 70 miles north of Detroit, far out in rural America. How far is it, the house is still over a mile from the nearest paved road.  My Grandfather purchased the farm, in large part because it was isolated.  He was keeping bees, in the near in suburbs of Detroit, and the neighbors were getting a bit difficult.  He had purchased a closed neighborhood school to store equipment and extract honey (the process of separating honey and beeswax) and the city of Royal Oak had served him with an  order to stop and move out of the school.  A friend suggested this isolated farm, he sold the school building, bought the farm, and a decade later my parents chucked life in the city and built a tiny house on the farm.  I was born while they lived there, spent a significant part of my growing up out there, in high school my mother and I ran the extracting plant on the farm in the summers.

The picture above in the country services complex in Hazard Kentucky.  A real place, the addressed stumped Ms. Garmin, it is beyond the end of the road.  The audience was hungry for the information we had to share, information that has made a difference in the lives of older adults living beyond the end of the road in rural America.  Hazard is not high on the list of places you might want to do, but it was a place that needed me.
Posted by Travel at 6:00 AM