What Ever Happened To? 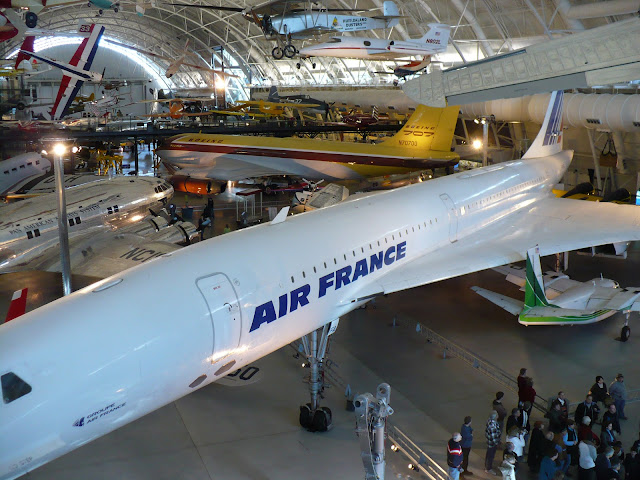 What ever happened to the promise of supersonic or hyper-sonic travel? I remember the debate in the late 1960's early 1970's about SST, supersonic transport.  Developing super fast airliners proved to be super expensive.  The British and French jointly funding a project, and Concord was developed and flew for a couple of decades. American manufactures asked  Congress for help with development cost, the companies went as far as building a mock-up complete with sample manufacturing materials, and were turned down.  The US companies scrapped the idea, in part out of fears that they could never be competitive with the European efforts that were being subsidized by government.  The American mock-up ended up cut into pieces in a hanger in Kissimmee Florida, failing as a tourist attraction.

Concord was an operational success and regularly sold all of the seats.  It was expensive to operate, but the lure of 2 hours from London to New York was enough to fill the seats.  Between trans-Atlantic flights Concord frequently flew excursion flights, out over the Atlantic to go supersonic for a few hundred dollars, thrilling passengers who could say that they had flown on the worlds fastest airliner. When ECPOT opened, AirFrance and British Airways flew two Concords into Orlando filled with VIPs to celebrate the opening of the World Showcase, and attempted a simultaneous landing on parallel runways (the timing was off by a few seconds) I saw them from the ground about 10 miles north of the airport, lined up on final approach - the only time I ever saw Concord on the wing.

The Russians built a supersonic airliner, it looked enough like the Concord for people to question theft of the design, but the engineering was not the same and it proved unreliable and was withdrawn from service long before expected.

Concord never earned back the cost of development, in large part because only a handful of planes were built.  If they had built a-couple-hundred of them, the project would have been considered a financial success.  Because of the low numbers, the accounting is complicated, each plane earned more then it's cost of operation on almost every flight, but never enough to recover the entire cost of development amortized over just a dozen or so aircraft.

In the end, airlines are more interested in hauling bigger numbers of people, to do that the cost has to be lower, and slower will be always be cheaper, until the commitment is made to research and development of bigger and faster.  Concord only held about 100 people, if it held 200 or 300, the cost per seat would have been lower and the market much broader.  Sooner or later, when we grow beyond building the next variation of the 737, we will move into the supersonic or hyper-sonic age.  I hope I am still traveling when that age arrives.