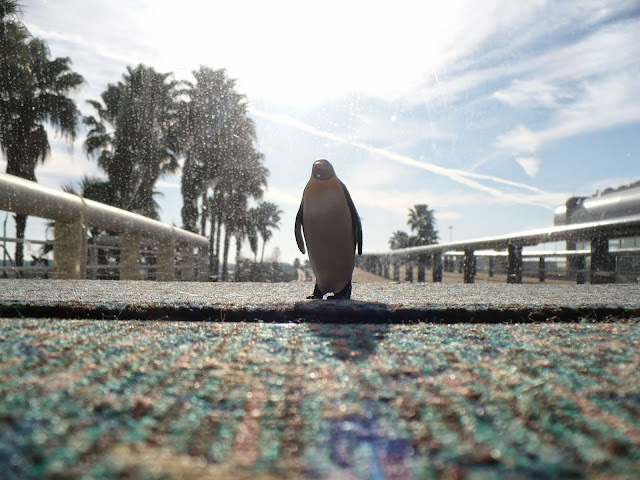 Port Canaveral has developed as a major cruise port over the past 20 years.  I can remember when the first boat arrived there in the early 1980's offering day trips (gambling trips) during the week, and a weekend excursions to the Bahamas, my first cruise.  Not exactly the Love Boat, the Seaesacpe was a converted car ferry.  It had a major fire in part one day, and didn't return to service out of the port.  As I recall it was returned to service is Europe and later part of a fatal accident.

The Port is a short distance from the inter-coastal waterway.  There are locks between the river and the port.  Access to the locks is on the south side of the port, go west past the marina buildings and take a left.  The road to the locks goes under the bridge that runs to the north side of the harbor.  The locks are used mostly by pleasure craft.  There are a great place to see dolphin and the occasional exotic birds.
Posted by Travel at 6:00 AM