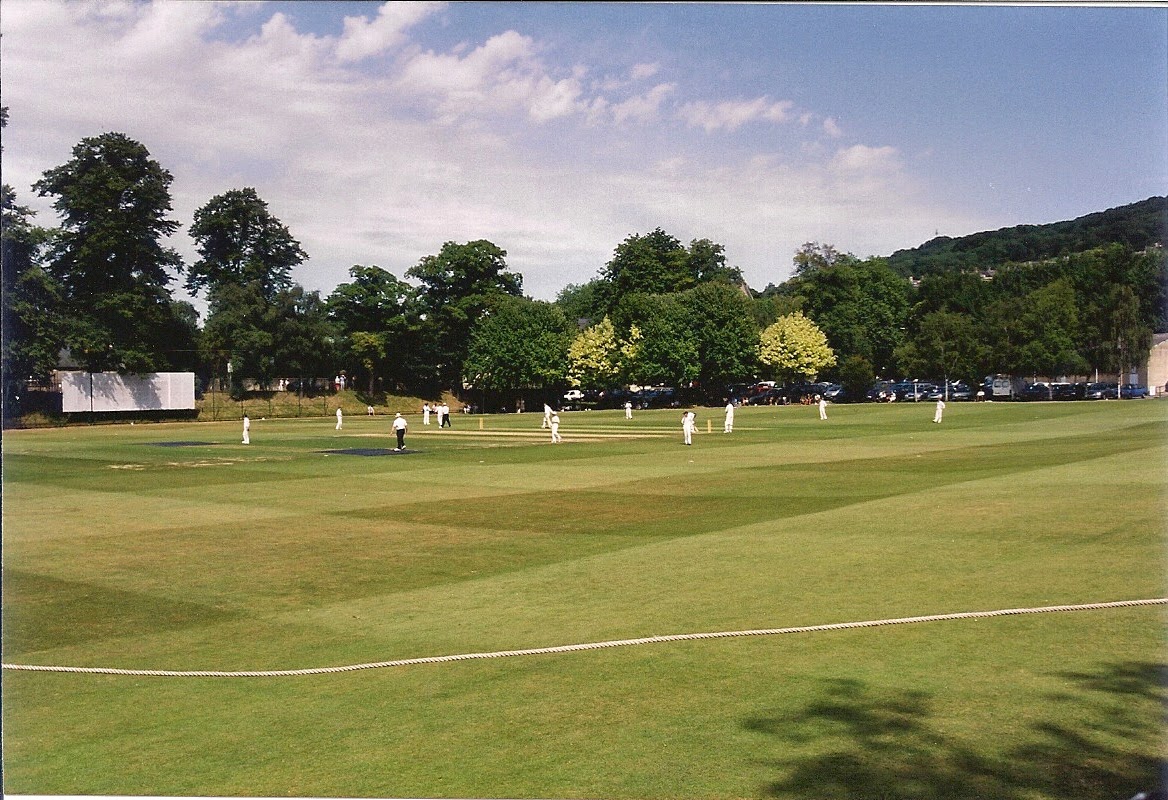 Cricket spread across the English Empire like fleas at a cat show.  The United States either split too soon, or too long ago and cricket never really caught on here.  I have yet to find an American who truly knows the basic rules of cricket.  It is a little like baseball, but only in that there is a ball, a bat, and someone throws the ball, and someone swings a bat at it.  I think that is where the similarity ends.
I have been to a few professional baseball games, and I watched a few minutes of a major cricket match over then hedge - this was either in Salisbury or Bath.

Cricket has an elegance that American sports don't have.  The players dress is formal white, and hats, the playing field is large and well groomed.  They pause for breaks and tea.  They seem very polite to one another, unlike say basketball.  Basketball is very rude, one side is intentionally trying to get in the way and foul the other side while trying to do the impossible (well nearly impossible for me) and get that stupid orange ball through the hoop mounted about twice as high up the wall as it should be.  None of that in cricket, the game is hard enough without someone elbowing you or pushing your down.

When in a former British Empire country, find a cricket match and watch for a few minutes, how peaceful and polite.
Posted by Travel at 6:00 AM