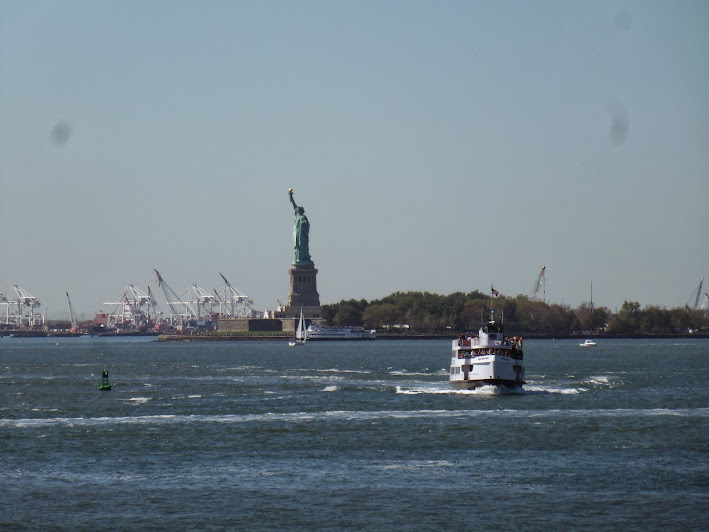 The last time I was in New York I took the subway down to the south end of Manhattan, to the terminal at the Battery, largely so I could get a better look at the Statue of Liberty.  A gift from our long term friends the French. As a country and society we owe a lot to the French, they helped us in a couple of wars, and sold us the middle of the country for a bargain price (to raise cash to pay for a war,)  Without the Louisiana purchase we would not have a lot of the overland section of the country.  We should forgive them for Alabama, and Mississippi, and a couple of others, how they turned out are not their fault.

The Statue of Liberty is one of the first things my Grandmother and Great Grandmother would have seen when they arrived in the United States. This is true of countless families whose ancestors emigrated from Europe, arriving in New York, seeking new opportunities.  My Grandmother's family arrived in the dark days shortly before World War I.  When I had the chance, it never dawned on me to ask if the impending war was a motivation for moving.  I know the opportunities for work for my Great-Grandfather were  good here in this relatively young and growing country.  It couldn't have been easy, they left behind friends, family and a country they loved.  My Great Grandmother never lost her love for the UK, she was up listening to the Royal wedding when Charles and Diana married - she was very proud and happy to see a continuation of her native land.