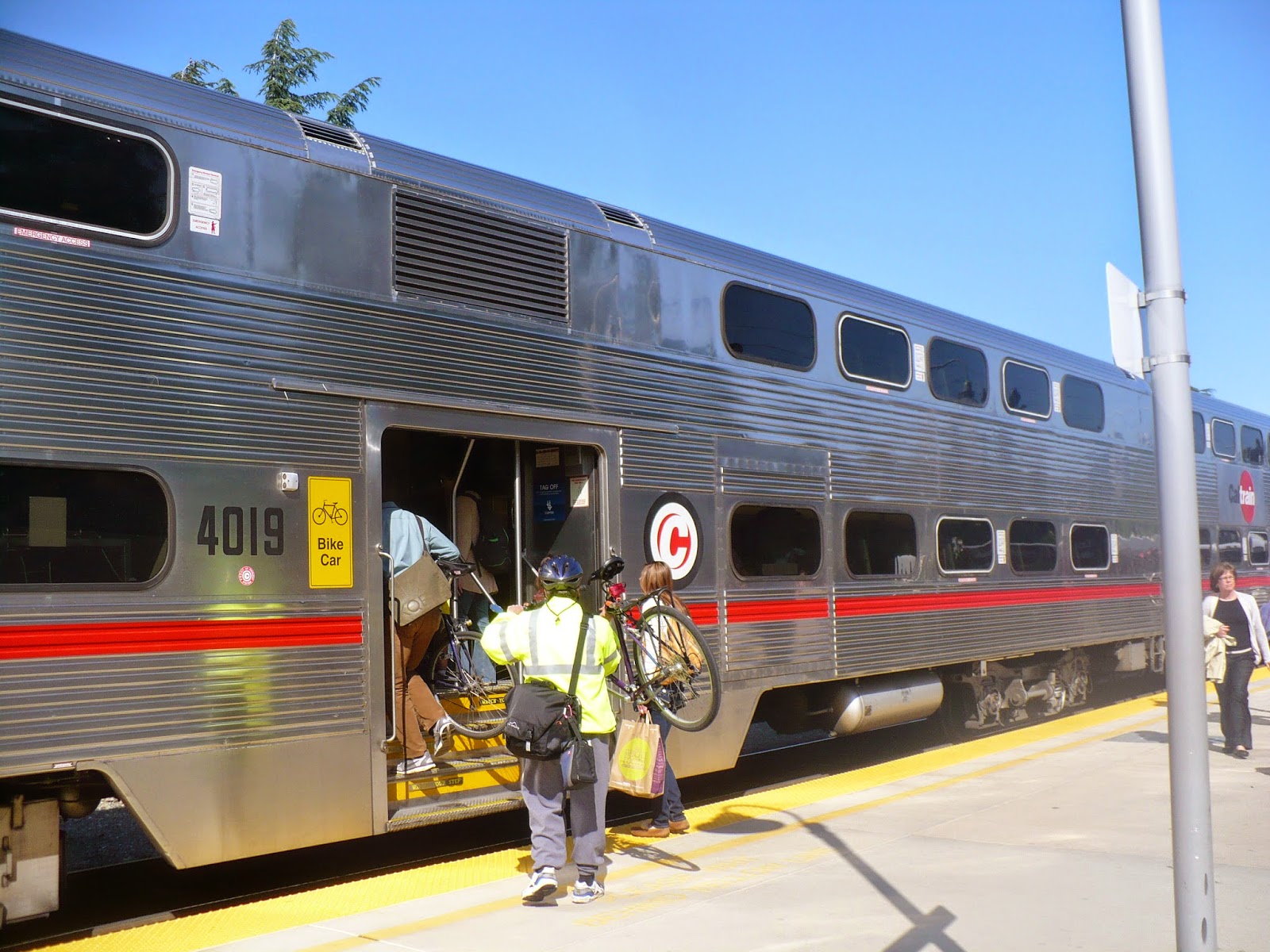 I mentioned that from Las Vegas I went onto a meeting at Stanford University, in Palo Alto, California.  Palo Alto is the heart of silicon valley, about half way between San Francisco International Airport and San Jose airport. The travel advice from Stanford warned attendees to be prepared for $100 taxi charges and unpredictable driving times. On this trip I was an invited guest with Stanford Law School paying the travel bill.  Now for my office I negotiate an annual travel budget, the farther I can make that fixed budget go, the more I can travel.  When it is gone, it is gone and my work travel for the year is done, I love to travel, so I have become pretty talented at stretching the travel dollar and avoiding things like $100 taxi rides.  I looked at options and discovered that you can take the subway from SFO to the end of the line at Millbrae and board a Cal-Train commuter train from there south that would drop me three blocks from the hotel.  The train was like $5, I already had an SF subway card with value left on it.  Other then the farecard getting stuck in the automated faregate and having a hard time finding a station manager to retrieve the card and open the gate, the ride was flawless. It was an interesting meeting and I connected with some wonderful people, but I don't talk about my work on here - sorry.  When I looked at options for returning from Palo Alto to DC, it was cheaper and I found better connections flying from San Jose than from SFO.  No problem, back on Cal-Train, 20 minutes south and a $10 taxi ride to the San Jose airport, to play on the old song, I do "know they way to San Jose."  I hope Stanford appreciated the couple hundred dollars I saved them in taxi rides, the man setting next to me at the meeting got stuck in traffic in a taxi and it took him nearly 2 hours to travel the same distance I did in less then an hour by public transit.