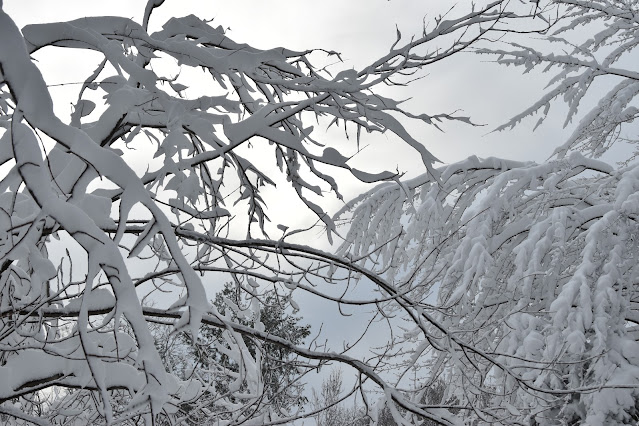 I grew up on a farm in rural Michigan, well with one exception,* until I was in the 8th grade, we had winters, and every winter we would eagerly anticipate schools being closed and SNOW DAYS.  Extra random weather related days off, days at home. Then I started spending winters in Florida where it is not suppose to snow.**  A weather related closure in Florida, is usually a hurricane and in 20 years of living there I only had two or three days when my office was closed because of a hurricane (I was lucky, the weather was worse after I moved away.) The first winter after I moved "back north" I experienced a few snow days, the first one I tried to ignore, I got stuck in the middle of the street at the end of the driveway.  I have learned not to ignore them, but to revel in them.

Living in DC, my office follows OPM, the office of personnel management directives on the office being open or closed.  With enhanced telework, the feds close less, but we had enough on Monday the 3rd, the office was officially closed, but then we were already closed adding an extra paid day off to the New Years holiday we were closed already.  Still it was a great day to relax at home.

I am not a winter weather lover,  every January and February I question the sanity of anyone living this far north, let alone moving here after 20 years in the semi-tropics.  But a snow day, and pretty, random day off is fabulous.

*I went to the first grade one winter in Phoenix - a long story.

** In 20 years in central Florida, Orlando and the east coast near there, I saw snow flurries twice. Just a flurry and flit.