Travel Tuesday - Or should it be the Way We Were Wednesday? 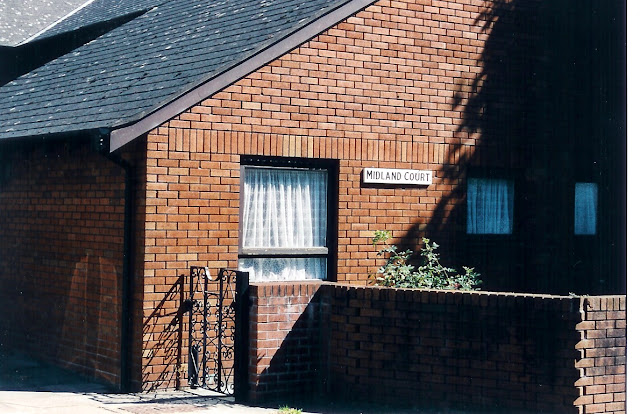 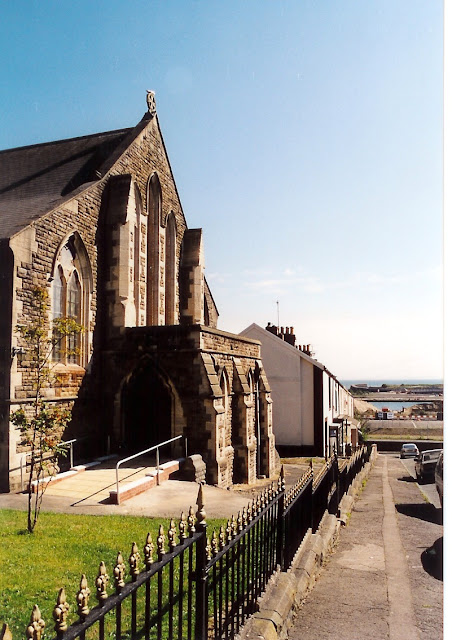 My great grandmother Wood, my father's mother's, mother, was born on Midland Terrace in Swansea, Wales.  The first time I went with J to the Oxford Patristics Conference, we went onto Swansea.  I had a copy of her birth certificate, she was born in 1888.  Two years after the cornerstone for the Church around the corner was laid.  I expect that she was christened in that church (the Vicar was part time and not able to meet with us to check the records when we were there.) The sign says Midland Court, Midland Court replaced Midland Terrace when the neighborhood was rebuilt after World War II, the street she was born on, was replaced by senior citizens housing.  She was in her late 70's or early 80s when she came to live with my grandparents on the farm.  She died in 1977.

I remember her telling stories about her father running after the train to hop on for the ride to work, he was a brick maker.  The train tracks and the remains of the platform from the neighborhood station are at the foot of the street.

I am the only member of my family who has traveled there to see from whence she came.  As a teenager I spent many afternoons listening to her stories, sharing dreams about my life, marveling at the long path she had traveled.  Traveling there connected me to her in new ways.  Travel does that for me.

The next trip to London I want to leave time to find where my grandmother was born.  When doing final preparation for the trip in 2020, I discovered that she was born closer to Greenwich, not near Tower Bridge (street by the same name, the district was different, addresses have changed a bit in 100 years.)  As a child she spent some time in Hammersmith.  Her father took a job in Mexico City, and the family went to live in London while he was on that job.