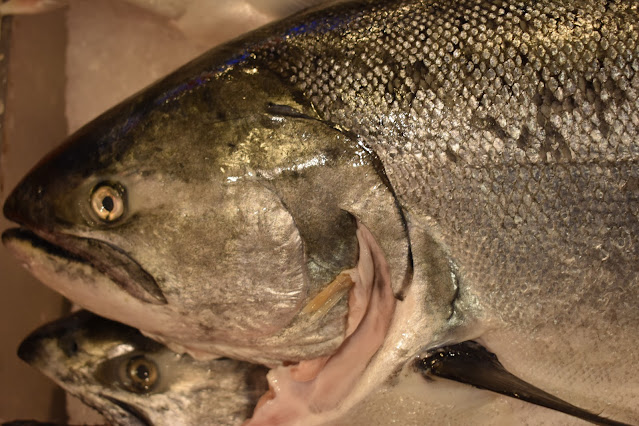 When my father was growing up, his family had a stall on the Eastern Market in Detroit.  My grandfather grew a huge garden and kept bees and they sold most the honey and wax, directly on the market. My father had many fond memories and tall tales from his years on the market.

The adjoining vendor was Nick.  Nick spoke several languages and was forever finding what would sell for a profit.  Onions, add a lot of flavor and not a lot of cost.  Nicks secret for selling onions on the market was a camp-stove and cast iron frying pay, no one can resist the smell of gently frying onions, just don't burn them, he would say.

One day a woman asked Nick if the eggs were fresh, it had been a busy morning, he was grumpy, he replied, "Of course they are fresh, What a silly question, do think I am going to tell you they are left over from last week!"  After she made her purchase and moved on, Nick looked at my father grinned and said, "they are left over from last week!" My father told that story a thousand times.

Is the fish above fresh?  I think so, clear eyes, it smelled of the ocean not like a dead fish.