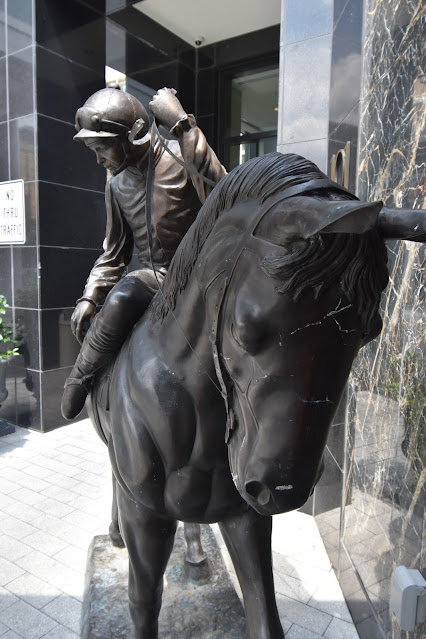 It is Kentucky Derby Day, and the race is actually today this year! For those who speak the king's English, it is derby with an "e",  not Darby with an "a".

I spent three years in law school less than 2 miles from Churchill Downs, home to the Kentucky Derby.  It was a milestone in the school calendar, exams finished by Noon, on Friday, Kentucky Oaks Day (one of the top races for fillies only.) Known as the fastest two-minutes in sport, the Derby is the highlight of the spring racing season.

The traditional drink is a Mint Julep, made with spearmint.  If you are not fond of spearmint (I think it smells like cat urine) try a different spin, two parts bourbon, one part peppermint schnapps shake over ice, strain into a chilled glass.

One morning when we lived in Kentucky I was flying out of town on Sunday morning after the Derby. Queen Elizabeth's chartered 747 was boarding next to us, William Shatner (Captain Kirk) was in the front row of the flight I was on (he owned a farm in the area until his recent divorce.) They had both been in town for the Derby.