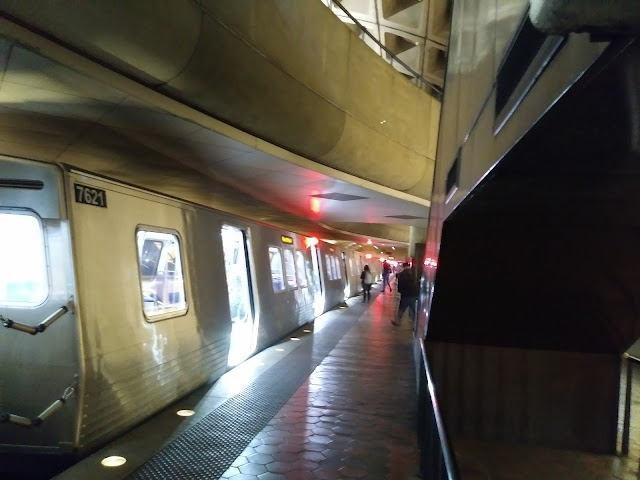 This got me to thinking about my experience as a grandchild.  Grandparents had an influence, positive and negative on my life.  I was fortunate that all four of my grandparents lived into my middle teens or beyond, and my paternal, maternal great-grandmother outlived my grandfathers and I had a lot of contact with all of them.

My family and my father's parents lived on the same farm, around the corner from one another.  When I was a baby, my mother's parents retired from farming, bought a large travel trailer and as they would describe it "went camping" for most of the rest of their lives. They would spend anything from a few weeks, to a few months each year literally in our backyard.  My great grandmother lived with my grandparents on the farm for several years giving the me the opportunity to spend hundreds of hours with her. My great grandmother was born in the 1880's, my grandparents in the very early 1900's, all were alive through World War I and World War II.

My maternal grandparents were complex people. She was unhappy with her lot in life, often feeling distressed, hateful, and fearful.  He was unflappable, simple, and stubborn. He accepted his fate, would sooner go fishing than deal with the drama that was my grandmother.    They were married about 55 years, at times I sensed that they relied on one another, felt committed to one another, but didn't really like one another.  They held deep grudges, and seldom practiced forgiveness.  I learned how damaging that can be, how it gets in the way of personal happiness.

My father's parents had started spending winters in Florida by the time I was born. They were a presence in my life 8 or 9 months out of the year.  By the time I was 6 or 7, I was allowed to cross the two fields, skip over the drainage ditch by stepping on the rock in the middle by the mulberry tree,  come out between the barn and the pool room and visit them.

Being out in the country without many neighbors, my grandmother became one of my closest friends.  She was born near London, immigrated to the USA as a very young child. She had lived in New York, Chicago, Toledo and Detroit.  She as the closest to a high school graduate of all of my grandparents, being just a class or two short of finishing when her mother (the great grandmother in my life) was seriously burned in a kitchen accident. She took time off to care for her mother, and by the time she was ready to return to school, her father had a new job with a move to a new city, and she never returned to school.  She valued education, she read - a lot. I learned about the value of education and making the most you could of your talents and abilities from her.

I only ever once witnessed my paternal grandparents argue,  it was an epic fight. Apparently they fought through the early years of their marriage (leaving emotional scars on my father - that explained his aversion to conflict.) They eventually made peace, agreeing to be kind to one another.  Their love of one another was obvious.  He taught me about hard work, doing what needs to be done, and about the need to take time off.  He loved to hunt, and fish. He treasured his winters in Florida with no work to do.  He had grown up in grinding poverty, first on 80 acres of clay near St Louis, then in Detroit where Ford was paying an amazing $4 a day.  His father was born a trust fund baby, who blew it all and never really knew how to work, or how to manage money. They were my first role model with keeping a budget, saving, and taking care of your money so it can take care of you. My grandmother taught me how to manage a household.  Stocking a pantry, raising a garden, how to be a good manager, and also how to have fun a live well. I learned tolerance, generosity, and forgiveness from her. She taught me about getting outside of my comfort zone. After my grandfather died, she and I traveled to places she always wanted to see, but were outside my grandfather's comfort zone.  He had no desire to return to his roots, my grandmother and I traveled  to explore where he grew up.  She never returned to England, I wonder if she regretted that.  Late in her life, a group from her church planned a cruise to Alaska, she went.  She said, be brave, do it now, you can't take it with you, and if not now when? I learned about bravery and seizing opportunity from her.  One of my few regrets was not spending more time with her in the last 4 or 5 years of her life.  I let work, and the gym, and school get in the way.

My great grandmother, my father's mother's, mother, was born in Swansea on the south coast of Wales, and came to live with my grandparents when I was a child. I spent hundreds of hours listening to her reminisce about  life, and change.  No matter how complicated things were, she never seemed to let it get her down.  She was in many ways an eternal optimist and a fatalist.  I adored her.

My grandfathers died the fall I started my last year of high school, weeks apart.  My paternal grandfather had dementia, died of a heart attack in a nursing home.  My maternal grandfather, had a massive stroke parking the travel trailer in Florida. When he was released from the hospital my grandmother didn't want him to go to a nursing home, so they came to stay with us.  A few weeks later he had a heart attack, we took him to the emergency room, where he died surrounded by strangers unsure what if anything they could do to help him (in retrospect, we shouldn't have taken him to the emergency room.) My material grandmother developed Alzheimers and spent several happy years in a nursing home.  She forgot most of her worries about life, and relaxed.  My paternal grandmother gave up her car after backing into parked cars several times, moved to assisted living by her choice.  And died a couple of years later.  My great grandmother, died the fall after my two grandfathers. She had a fall, broke a hip, spent time in a nursing home, and suffered from poor care, very old age, adult failure to thrive.

They left an impression on me.  Not the article the journal is looking forward, so it is a story I can tell here.