The Way We Were Wednesday - Christmas Gifts I remember 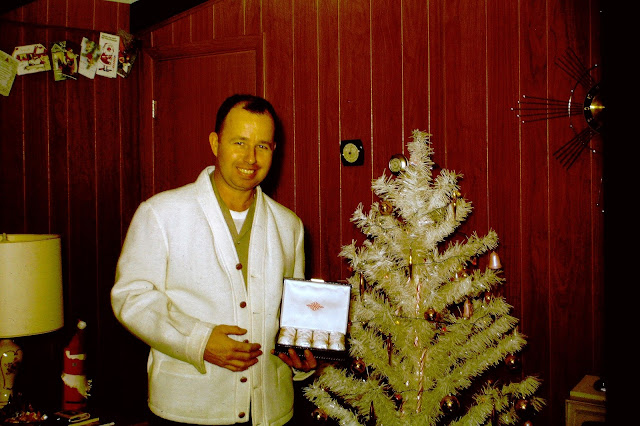 This would have been christmas of 1971, 72 or 73.  The date is based on the box of golf balls my father is holding.  He is wearing a new sweater, my mother's go to gift for my father, he had dozens of them.  The golf balls were in a package that my oldest brother sent from Hong Kong or Singapore. My oldest brother finished high school in 1970, and enlisted in the Navy in early 1971.  His first assignment was on a aircraft carrier.  Most the time spent off the coast of Viet Nam.  Breaks would take them to Philippines, or Hong Kong or Singapore. The ship was nuclear powered, and Japan wouldn't allow them in port.  He sent a box with christmas gifts one of those years, I remember the golf balls. The white artificial tree was a favorite of my parents, I think it was bought the winter we lived in Phoenix, 1965?