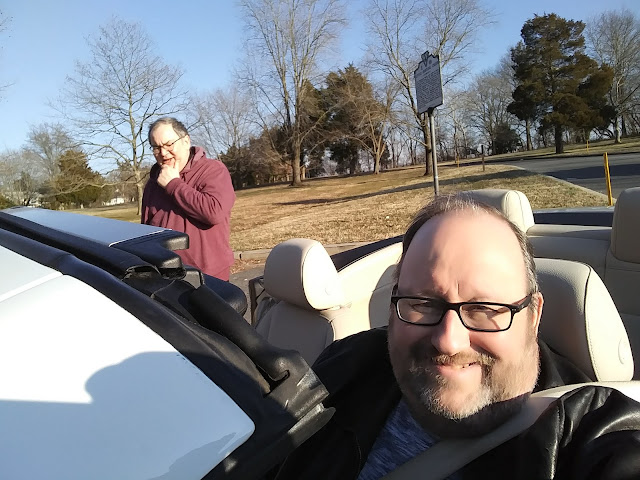 The Convertible, is the fourth car I  have owned with a very light colored interior and my fifth car with white paint.  The nearly white interior was not my first choice.  It will require a little extra care, to keep it looking good.

Let see what have I owned.


I think I have ever only said no to a car once, because of color, when I was in the Accord phase, the dealer tried to get me to take a strange green color once.  I have never gone shopping for a car with a color in mind.

I owned numbers 6&7 at the same time, one for me, one for the spouse.  The only one I regret parting with was the GLC Wagon.  It was a "grey market" import.  That model was not sold in the continental United States the year it was built.  It had been a rental car in Puerto Rico, shipped from PR to the states and sold as a used car. It was an older simpler design. It was so handy, I should have kept it when I bought the first Accord.  I had three new Honda Accords in 4 years, a 1990, 1992, and a 1994.  The 94 I kept a long time.  The VW Rabbit, was the correct color, it was a lemon, I only kept it a year - and it had the engine torn down and rebuilt a couple of times in that year.  LeCar was the first car I bought new, in about 30 minutes on my way to work one morning.  It had the coldest air conditioning of any car I have ever seen (ice would form on the dash vents.) It also had a canvass sunroof- great fun.

Does color matter to you when buying a car?