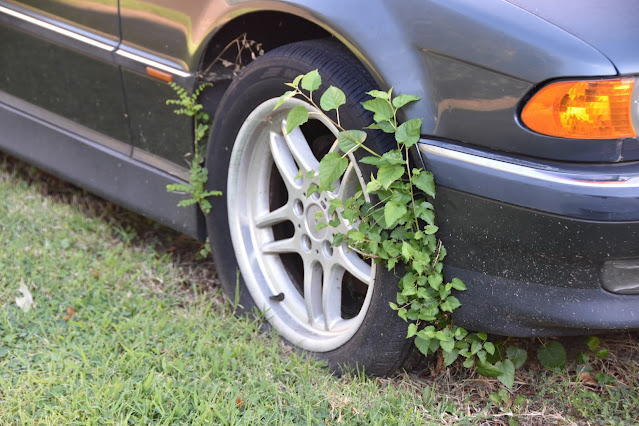 The first 14 years of my life were spent in pretty much the same place.  On the farm in Michigan.  There were a couple of trips to Florida, and two trips to Arizona, one lasting 5 months when I was in the first grade.  Beyond those, we never left the state, seldom left the county.

Then we started spending winters in Florida, early November through mid March we would go south.  Looking back that was a major impact in my life.  I learned that you can move, you can change.  Still I was cautious.  Staying in central Florida for 18 years after high school, within 40 miles of where my parents bought their retirement home.  Fifteen years of that I lived in Orlando, doing sales for home builders and land developers. I loved the work, but I had really grown to hate the people I worked for.  The business was brutal and treated people as a consumable.  Too many 70 hour weeks, never being quite good enough.  It was time to move on.

And I did.  I scheduled myself to the take the law school admissions test (LSAT), and then J got a job offer in Kentucky.  Without seeing where I was moving to, I sold the house, took the LSAT and left the next day for new adventures.  A little over a year later, I started graduate school. And 25 years later I am nearing the end of this second career.  One that has taken me to nearly every corner of the country, and allowed us to live in the only place I have ever chosen to live.  We moved to the Washington DC area, because we wanted to live here.  The job was found to fit the location.

Our plan is to stay here.  Will that ever change? It could. But when I think of the things that make a community I want to live in, there are few places in the country that fit the bill.

So how do I keep moving, so the vines don't overtake me (you knew I would tie the photo in somehow, didn't you?) With new adventures, new travels, new art projects.  I want to work on a couple of book ideas.  I'd like to learn film making. How to put together a video for YouTube that says something I want people to hear.  I want to write, new different, outrageous ideas.

I want to walk. I tend to walk in familiar places, I want to expand that to walk in unfamiliar places.  To seek out pleasant places to explore.  It is one thing to see a place through a car window, it is another to walk it, feel it, smell it, hear it.

I want to travel in new ways.  I think about a trip across country, and while I am working I don't have time to take the train, or drive.  When I am no longer dependent on work to earn a living I will be able to.  I'd still like to explore the backwaters of America in a small boat.

The third winter in Florida, Jack McCoy forced my class to read Waldon. Something Thoreau says in the book has stuck with me. In describing why he went to live in the woods, Thoreau says in part so that when he came to die, he wouldn't find that he had failed to live.  45 years later I still reflect on that. Jack died of the flu a few winters ago, rather suddenly, I hope he knew that he had changed the lives of his students.