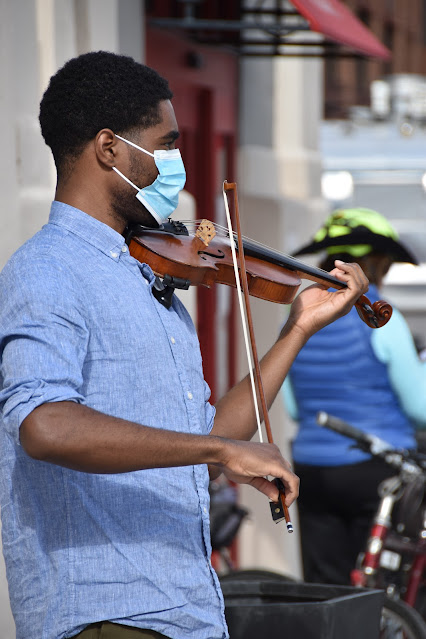 I have eclectic taste in music, I like a little of almost everything.  I try not to take any of it too seriously, if it soothes or excites me, I probably like it.  Like strong instrumentals, strong vocals that don't sound like tortured cats, solos, and orchestras.  These are difficult times for musicians, venues have been closed or restricted.  Streaming makes music cheap and accessible, but pays very little to the people who create it.  If you enjoy the street musician, drop in their case what you can afford, this guy was really good.  Babara has missing recording the past couple of years, so she dug through the previously unreleased recordings including this duet that was done for a television show, that finally made it onto the album released a few month ago.  I bought it on CD.
Posted by Travel at 12:00 AM