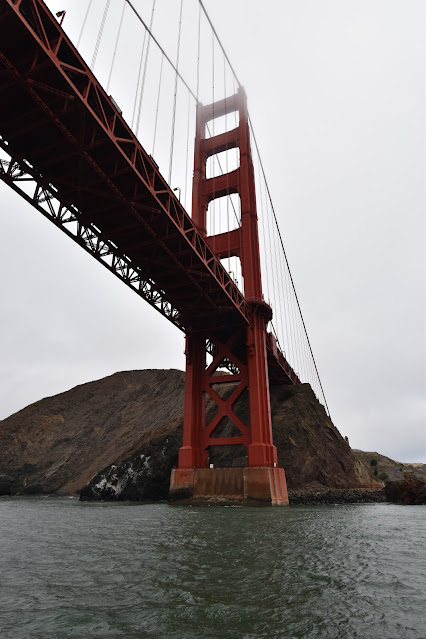 My second visit to San Francisco almost didn't happen, maybe the world was trying to tell me something.  I was scheduled to present a training in Santa Rosa, north of San Francisco as part of a consulting contract I had with a national association of retired people.  The plan was that I would fly out, spend a couple of nights in Santa Rosa, do the training, then stay on for a long weekend in San Francisco at my own expense.  As long as the airline ticket didn't cost extra, I could add personal days onto the trip (a rule that changed near the end of the contract - even if it cost more I had to fly home as soon as possible after the work was done.) I searched online and found a great deal on a hotel, between China Town and the business district, as I recall it was $99 a night, pre-paid, non-refundable, no credits, no changes, no exceptions.  It was a really great price, I paid for three or four nights.

Then things took an odd turn, the local host of the training had a change of staff, a period when they didn't reply to messages, then just a few days before I was set to fly out, we were told that they hadn't told anyone about the planned training and were only expecting 4 or 5 attendees.  The decision was made to cancel the training.  Not my decision, not what I would have done.  I have always felt that if I reach one person who actually does good with what I have to say, and makes someone's life better, my time was well spent. Besides, I was paid a flat fee, it didn't matter to me if there were 5 people or 500 people in the room.

So there I am left with a hotel room paid for in San Francisco for the weekend.  I spent a few minutes being upset, and mad, then thought, well why not go anyway?  I checked and Delta had frequently flyer seats available. I checked with my sweet bear, who said GO!  So I did.  I had a wonderful time in San Francisco.  Saw sights I had not seen on my first visit, and really enjoyed the weekend.  The room was nice, with an amazing view of Coit Tower and the Bay.

On the trip home, things took an unexpected turn.  Someplace over Texas, at about 38,000 feet, the movie stopped playing, the lights went out, then about 10% of the lights came back on. I was watching one of the Lethal Weapon movies, they had just shot up the bottom of a swimming pool, I never did see the rest of the movie. Within a couple of minutes the flight crew came on the public address system, and said there was a problem with the electrical generating system, and rather than going to Atlanta, we would be on the ground in Dallas shortly.  They weren't kidding we went from 38,000 feet to on a runway in Dallas in about 10 minutes, when we taxied up to a gate, there was smoke pouring out from the engine on my side.  Apparently an alternator had failed, and the other one overloaded and failed.

In Dallas I was redirected onto another flight going to Atlanta.  I missed the last flight out of Atlanta to my home airport. Delta put me in the nicest Hyatt near the airport for the night, flew me home the next morning.