The Way We Were Wednesday - People we know, but never met 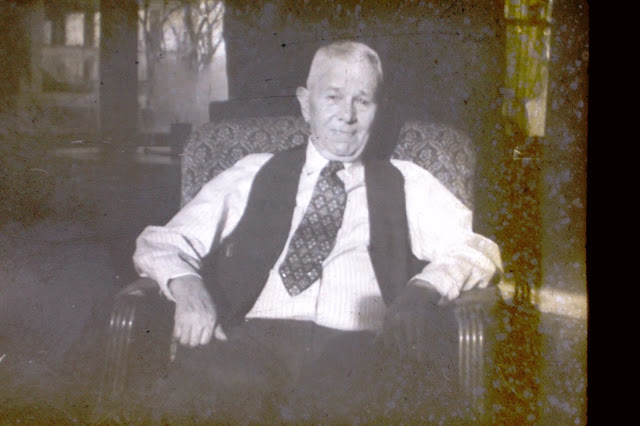 This is one of my great-grandfathers, my father's, mother's father.  He was born in about 1879.  At the time he married my great-grandmother he was living in Hammersmith, London, and was a tunnel digger on the London underground. He came to the US seeking opportunities and safety from the impending War (World War I.) He continued to do tunnel work, some subway work in New York and Mexico City, mostly water inlet tunnels around the Great Lakes.  He helped build the road tunnel from Detroit to Canada.
I heard so much, my great grandmother lived with my grandparents when I was a teenager (she outlived both of my grandfathers.)  I have photos, and documents, I feel that I know him, but he died around the time I was born.
Do you have ancestors you feel you know, but never really met?
Posted by Travel at 12:00 AM