The Way We Were Wednesday - Inauguration Day In Washington DC 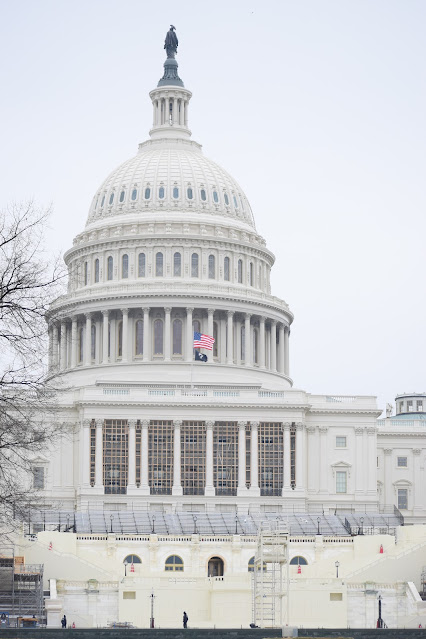 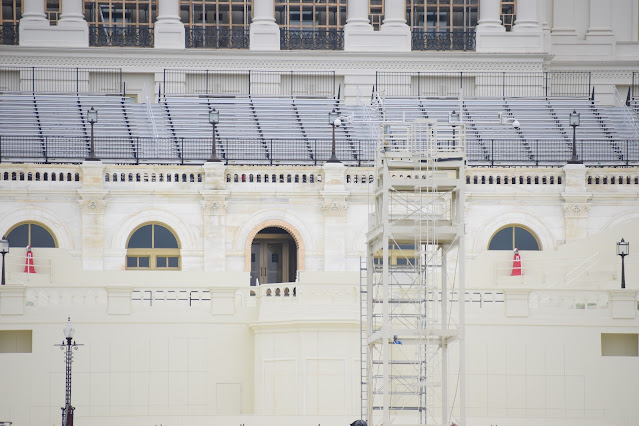 This is my fourth inauguration day, that I have lived in the Washington DC area.  I moved here, and started a job just around the corner of the White House in late 2008, just before the Obamas moved into a hotel just down the street from my office.  I actually did a seperate blog about the new neighbors.  At that time I posted that happiness is moving vans at the White House, oh how that feeling is amplified today.

The west front of the Capital is the sight of the swearing in to of the new President and Vice-President.  The stands are built for every election, planned and started before election day.  In recent history the inauguration has been moved indoors once due to foul weather, and Barack Obama took the oath a second time at the White House, as the Chief Justice messed up the words the first time. 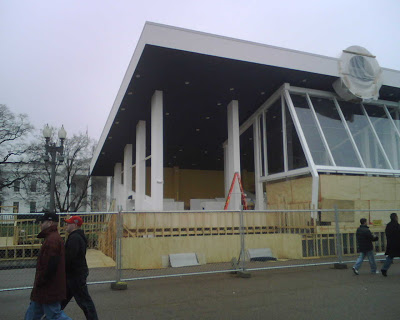 The Reviewing Stands in 2008, in front of the White House, a five minute walk from my desk at the time.
Posted by Travel at 12:00 AM