The Saturday Morning Post - It's a Life Around Birds 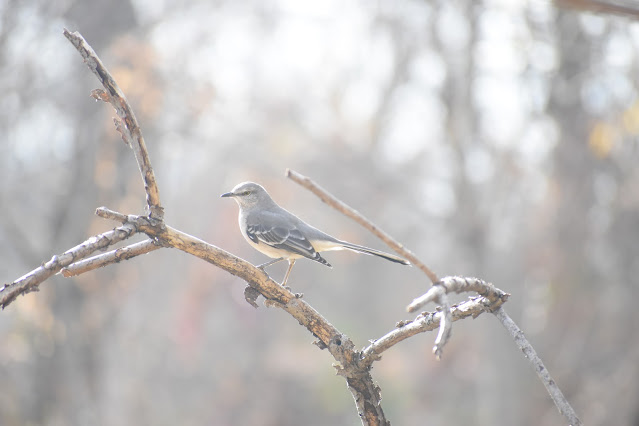 This appears to be an Eastern Phoebe, pretty bird, and this one was fairly easy to photograph, I followed him or her, from branch to branch for probably 100 feet.  I am finding in colder weather, some birds flit about less, making them easier to photograph.  I a recently morning walk I saw a record five bald eagles.  Two of them were far enough off to not be able to photograph them.  I am hoping this is a sign of a third nesting pair within a mile of river front.

We have a couple of large hawks, one may be a falon, one eludes identification, it may be an immature osprey or eagle that has lacks adult coloration.

Here in the Washington DC area we are in a major flyway for migratory birds. The shoreline of the Potomac River (about a mile away as the eagle flies from where I live) is an ideal viewing location. Many bird species pass through in the spring and fall, but are not here in the summer or winter.  We are also far enough south, that some birds that summer farther north, winter here.  Some birds that are classified as migratory, stay here year around.  A moderate enough climate.

I seem to have overcome one of my irrational fears.  Flying birds.  There is a reason we LOVE penguins, I had a fear of being hit in the face by a flying bird (thank you Alfred Hitchcock!) I would still be uncomfortable in an enclosed space with free-flying birds, but in the open I am doing really well.  A couple of weeks ago, an eagle flew over my head, perched on a branch almost directly above me, let me take photos for 20-30 seconds and then flew off.  A decade ago, this would have caused significant panic, today it bring amazement at being so close to such a magnificent bird (the photos turned out so-so, very backlit and some focus issues with branches in the way.)

So there I am, exposing another one of my irrational fears?

Are there any irrational fears you will share with others?