The Way We Were Wednesday - Time Flies 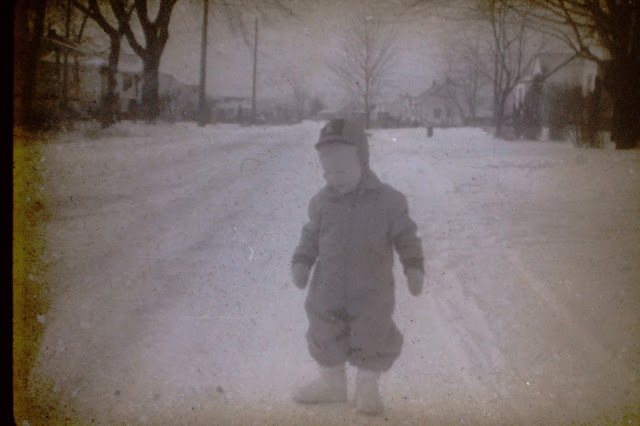 This is my oldest brother, out in the snow, about 70 years ago. How can he be that old?  It seems like just yesterday he was finishing high school and heading out to make his way in the world (more like 51 years ago.)

Sorting through my father's slides, there was one roll of black and white transparencies.  My father clearly preferred color for both slides and prints.  When this was taken in the very early 1950's, color was still emerging in the consumer market.  An amazing thing about the early Kodachrome slides, is most of them have aged well.  The color in Kodachrome was added in the development, using dyes that have a much longer life than the dyes in early Ektachrome that had the dyes in the film.

Ektachrome you could process at home, if you were careful and adventurous, and yes I did.  Seems like just yesterday I was doing that, and it was more like 42 years ago the last time I did that.  Time flies.

Happy Birthday this month to my oldest brother, who I don't think reads my blog.