The Saturday Morning Post - The Wheels Go Round and Round, Unless The Wheels Fall Off 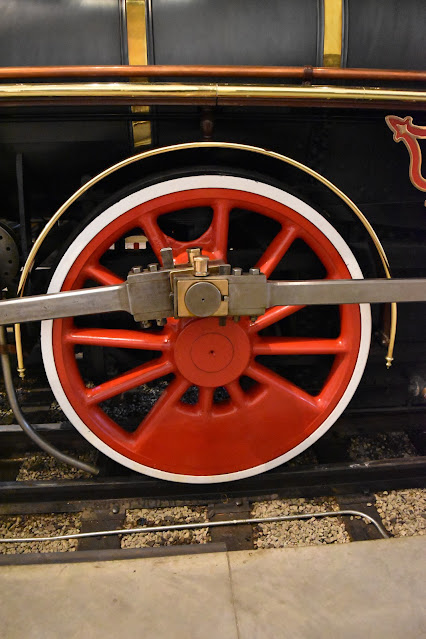 One of the reasons I wanted to live in the Washington DC metropolitan area, also known as the DMV (District, Maryland and Virginia,) was to be able to get around town by mass transit, and by that I mean subway trains.  When I bought a home here, I intentionally purchased near a metrorail station.  I have gone for years without driving to my office.  I walk to the station, pull out my Kindle and let someone else do the driving.

I was ahead of my time in not caring if I got a drivers license or not.  My father insisted that I do so the fall I turned 16, a few months later he handed me keys to the trucks and car and gas tank on the farm, and said, get yourself around. Oh, and by the way run to town and pick up a couple of pipe fittings for the processing plant, and a pound of nails.  I became his reliable errand boy for a couple of years.

I have an ambivalent relationship with driving. I drive because I need to, and because I have control issues, but I seldom really enjoy it.  It is more fun in the convertible with the top down on a sunny day.

Metrorail, the subway service in my backyard, is currently limping by with about 30% of their fleet of railcars in service, because  - - - well the wheels are falling off of the new cars.  Not exactly falling off, but moving outward on the axles, held on presumably by the rails, but far enough to cause derailments.  This is a fleet of new state of the art railcars, made by Kawasaki in a plant in Nebraska.  A multi billion dollar investment.  The new cars make up about 70% of the active fleet.  To cover they have pulled 40 year old cars that were slated to be sold for scrap back into service.

So far, the plan is increased inspections to identify wheelsets that "out of compliance." There has been no mention of FIXING the problem, or of DEMANDING that the manufacturer FIX the problem.  I suspect before we are done that all of the wheels and axles on several hundred rail cars will need to be replaced, or maybe the wheels will just keep going around, until the wheels fall off, then they will replace them.

For the time being service on my home line is every 30 minutes, instead of every 7 to 10 minutes, and I am driving wherever I want or need to go.