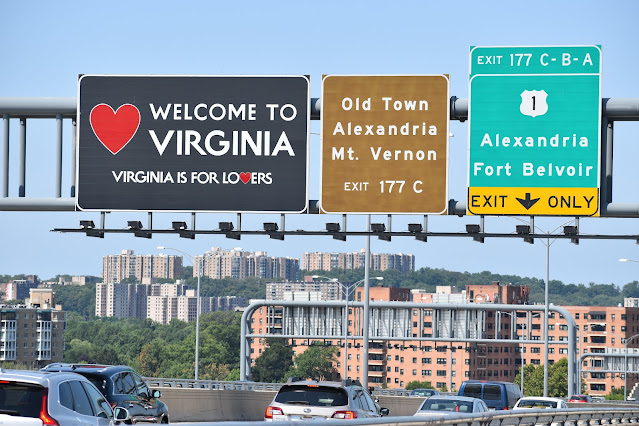 Home is in the photo above. This was taken from the pedestrian way on the Woodrow Wilson Bridge.  I had a nice walk last Sunday, around the neighborhood on the Virginia side, and out onto the bridge. I find a certain irony in the state motto being Virginia is for Lovers, the supreme court case forcing states to recognize interracial marriage was "Loving vs. Virginia." The Lovings had to sue the state to have their marriage recognized. 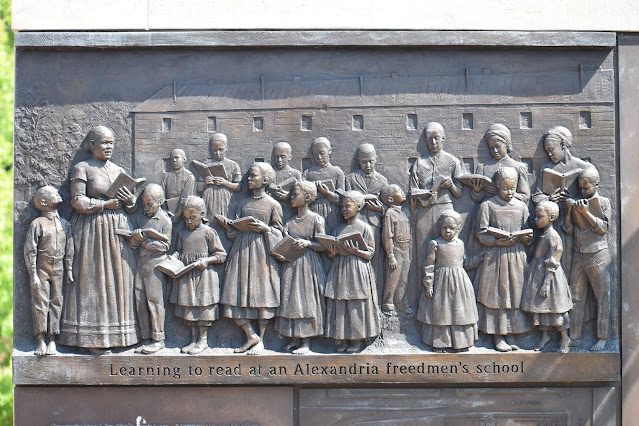 Across from the west entrance to the pedestrian way across the Woodrow Wilson Bridge, is a monument to the Freedmen's cemetery. The cemeteries remained segregated after the civil war.

Two things struck me, a marker saying that members of a black regiment that served on the Union side in the civil war, had to fight to be be buried in the military cemetery, half a mile away.  Records show that about 70 were moved to the military cemetery when the appeal was finally granted.

The other was this reminder above, in most states it was illegal to teach a slave to read and write, education and learning are the keys to free thought and freedom. One of the great failures of this country, was segregated and in most cases second class education for persons of color.  If you want to create a class divide, block educational opportunities. This is still going on with the push for public funding of private schools and "charter schools." Every person who looks like me, needs to demand that we make every school a first class school, let every child achieve based on ability. 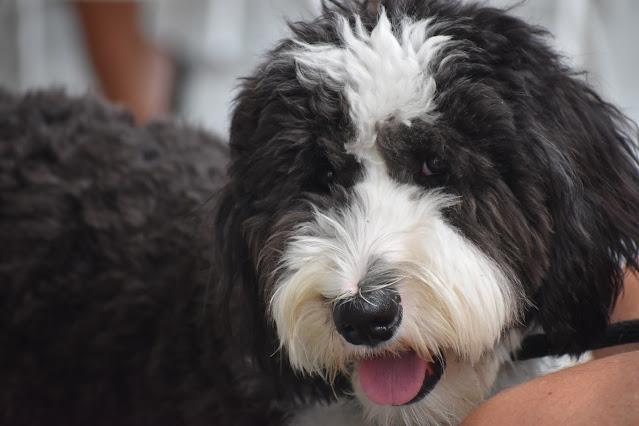 I have come to the realization that dogs are easier to photograph than people.  Dogs never worry about what they look like, they never try to pose or smile, they are just glad someone is paying attention to them. Dogs never seem to be self conscious.  Maybe the dog would be concerned if he saw the photos, but they don't, and they don't seem to care. As I grow older, and arguably more comfortable in my stretched out skin, I would like to become more like a dog. In one way I already am, I will respond to almost anything you say to me, as long as it is said in a kind tone of voice.  Now isn't he a pretty guy!