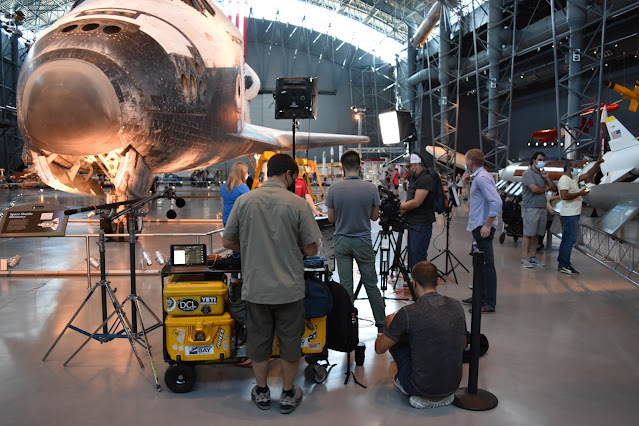 A couple of weeks ago, we were tour guides for Jay's oldest brother for a few days.  We went out to the Smithsonian National Air and Space Museum Steven F. Udvar-Hazy Center at Dulles International Airport.  Why the long name, he donated much of the money to get it built.  Why is it out at Dulles; Dulles is a long-long way out, so they could fly in aircraft for display.  It is home to an SR-71 Blackbird, a Concord, the original 707 prototype, and Space Shuttle Discovery.

I have watched Discovery launch and land at the Kennedy Space Center in Florida. My one and only first cousin was a ground support worker in the shuttle processing hanger.  The day we were out to Dulles, he forwarded one of those memories on Facebook, a selfie in the hanger with a freshly landed shuttle Discovery in the background. 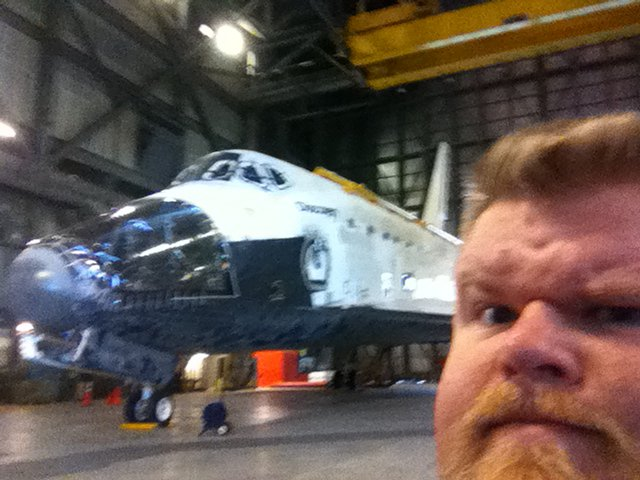 The shuttle Discovery has traveled, around the earth many many times.  The day it was brought into DC to go on display, the 747 carrying it made a couple of low and slow passes over the National Mall in DC.  Half of the staff in our DC office was out on the roof terrace watching, including me.