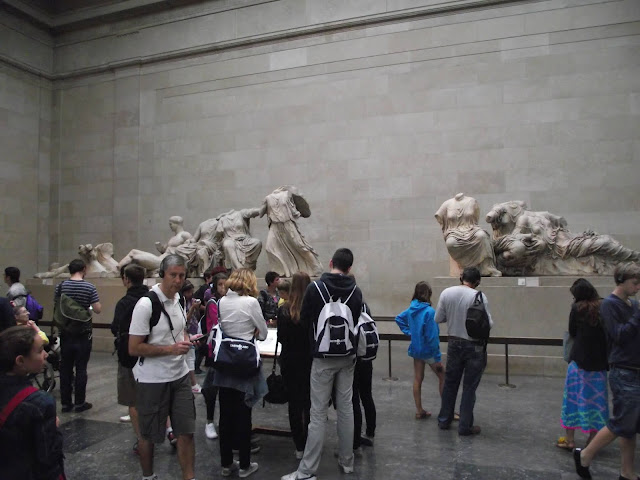 I have been to Athens, and seen the temples on the Acropolis, amazing classical architectural masterpieces. And I have been to London to see the sculpture that decorated the Parthenon. Make no mistake, the Greeks would like to have these artifacts of their heritage back, but if you want to see them today, to see what is left of the originals, you need go the British Museum in London.  How did they end up in London?  The version of the story I have been told, is that Athens was occupied for a foreign military, Lord Elgin asked the military commander about the sculptures, and was told, if you want them, take  them home with you.  I was told recently that they were pried off the facade with massive iron pry-bars.  Parts went crashing to the ground, what we see today, is what survived the theft, only part of what was there at the time.

If you haven't already been, go to Athens, climb that hill, it is awe inspiring, if you haven't been, go to the British Museum in London and see the rest of the story, think about how much better these two would be in the same place.