The Way We Were Wednesday - Dad's Flying Buddies 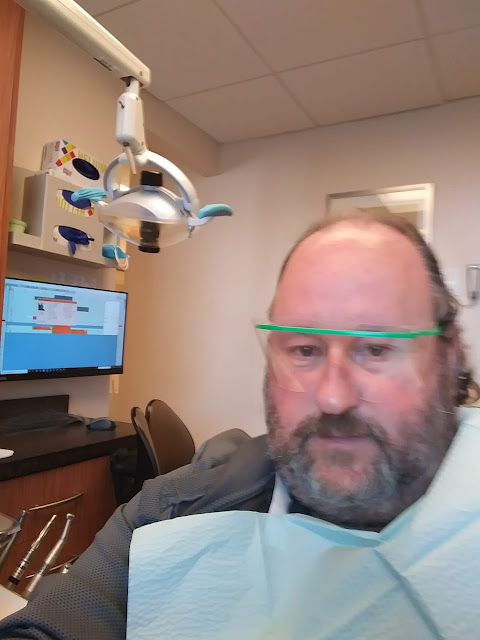 How does me in the Dentist's chair recently (actually scheduled for later today, to have a crown rebuilt) connect with Dad's flying buddies.  My father met some really wonderful people at the airport.  Flying being a bit of an expensive hobby, there were a fair number of professionals and successful business people.  Among the professionals were a couple of dentists.  My father's two part logic, if they were good pilots they had to be good dentists, and because he knew them they wouldn't overcharge. I don't know about the overcharging part, though I don't think they cut him a deal, they were much better pilots than dentists. They never crashed their planes or left anyone in pain when they were flying.  I can't say the same for all of their skills.

My current dentist is very talented.  He is careful, and gentle.  He is calming and reassuring.  I don't know where in the world he is from, but it is not here.  He came to the USA to earn a masters degree in biology, was working as a lab tech.  He was visiting family one weekend when he cracked a tooth.  Someone called a friend who was a dentist, who saw him on a Saturday evening, fixed it, convinced him that it could be done gently.  He applied to dental school, quit his job, and answered his calling.

He is worth waiting to see.

Breaking news, with an update.  I have now experienced my first root canal.  It took two hours, it was described as calcified and twisted. Not painful, but long, and some very unique sounds and vibrations. Leave it to me, to have the complicated mess that the laser scanner and half-million dollar machine can't make a crown for, I am back in two or three weeks to have the permanent crown glued in place.