I was run-out of the swamp - Prairie Warbler ~ Setophaga discolor 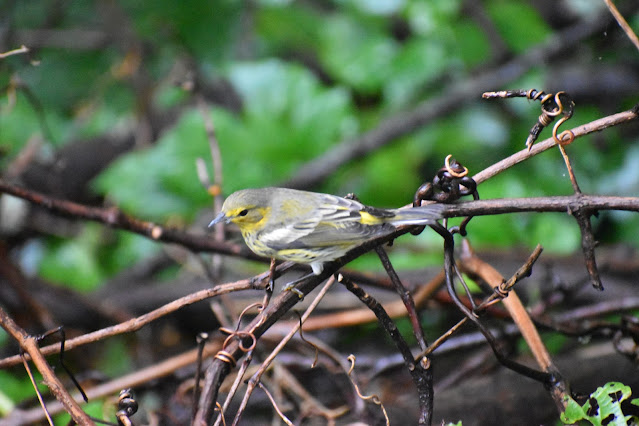 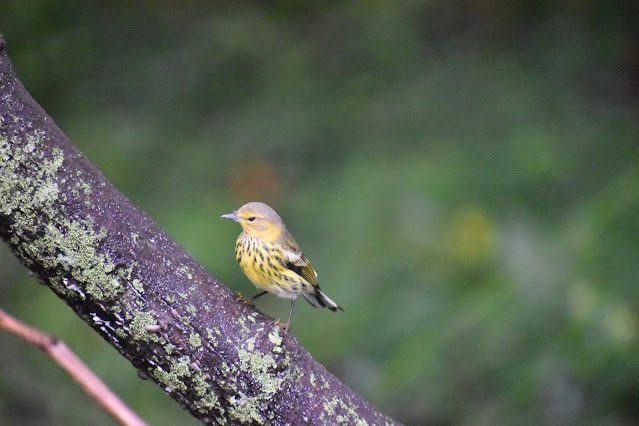 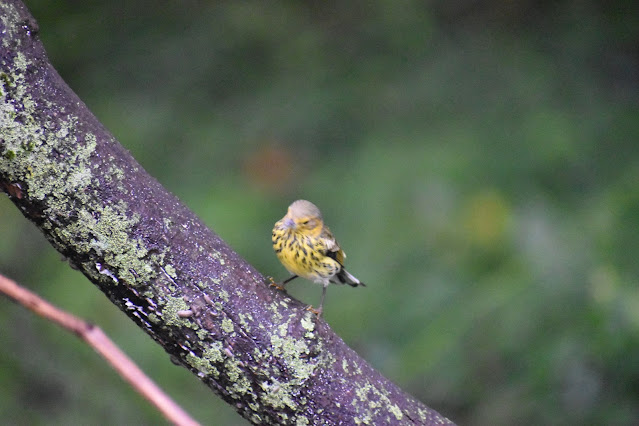 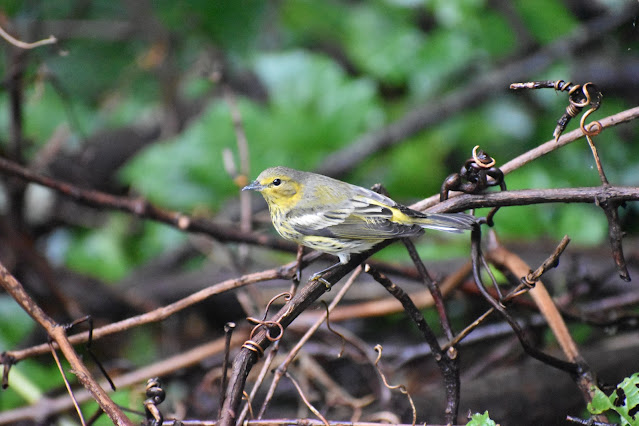 For the first time I gave up and left the trail in the swamp, along the shores of the Potomac River, shortly after capturing these wonderful photographs of a Prairie Warbler.  She/He was in a wonderful location, no obstructions, clear for focus and she moved around so I was able to get enough angles for a clear identification.  Tiny birds like this often move fast and blend in with the leaves and bark, making them hard to spot and even harder to photograph.  These are some of the best images I have captured in months.  Then I was forced to turn tail and retreat to the car.

Forced to retreat, not by the birds, but by flocks of something much smaller.  Mosquitos.  It was about 70 degrees, it had been cloudy and damp for 2 or 3 days, and there was no breeze.  Everytime I slowed or stopped I a cloud of mosquitoes descended on me. I often pick up one or two, but this was dozens at a time. I was run-out of the swamp for the first time. I will be back, a little bit of a breeze and the bugs stay away.  Sometime in the next few weeks we will have a frost, giving me a few bug free moments.

How are the bugs by you? Bugging you?