Pardon the Interruption - United Airlines has my attention 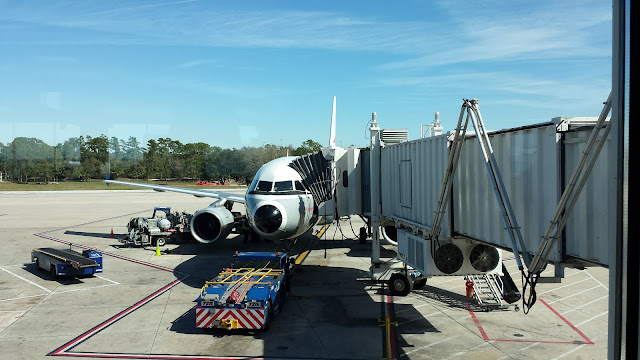 On Sunday, United Airlines dragged - literally dragged - a man off of a plane in Chicago, because he refused to give up his seat to an airline employee commuting for work the next day.

Federal regulations require passengers to follow all instructions from crew.  I get this, it is aimed at assuring that the flight is safe.  They can order you to sit down, buckle your seat-belt, to quit talking and listen to the instructions on how to buckle your seat belt (I was screamed at for telling jokes with the person next to me one day) or not start a fire in the isle to cook lunch (don't laugh, there was a plane crash caused by this once.)  If you are drunk, or stoned, or angry, or belligerent, or sick - physically or mentally and the crew fears that you might endanger the safety of the flight, they can order you off the airplane. I understand.


United Airlines picked a fight with this man, and now they are in essence claiming self defense. This man was only angry, because he didn't want to surrender his seat.  He was seated, seat belt buckled, ready to go home.  He was no threat to the safety of the airplane flight.  He simply wanted to go home.


United Airlines response that the incident was "This is an upsetting event to all of us here at United. "I apologize for having to re-accommodate these customers." This morning there is a leaked memo to staff, saying airline personnel did nothing wrong.  The CEOs comments are focused on the company and the staff, completely overlooking the paying customer. They need to hire me to teach them the essential elements of an apology, (acknowledge you were wrong, take ownership of the issue, say you are sorry, offer assurances that you are taking steps to prevent this from happening again.)

United Airlines does not get it, they don't understand the outrage that the battery on this paying customer has precipitated. If staff were following procedures and policies, the policies and procedures need to be reexamined.

The airlines argue that they overbook flights because an empty seat is lost revenue - in this day and age this is a flawed argument. The VAST majority of airline passengers are traveling on non-refundable tickets.  Meaning that if I miss the flight, or chose not to fly, the airline has been paid for that seat.  If they resell it to another paying customer, they get paid for it twice, if the seat flies empty - but PAID for- the airline makes an extra couple of dollars by burning less fuel as the plane will be lighter and weight equals fuel burn.  If I miss the flight because the airline failed to get me to my connection on-time - it is the airlines loss - in addition to my loss of time - that I am not compensated for. It is time for Congress to tell the airlines to stop overselling seats - or to be forced to refund the airfare to paying customers who cancel a trip and the airline sells the seat to another customer (in the Uniform Commercial Code this is known as the sellers obligation to cover the lost sale.)

Over the past decade, the number of seats available has shrunk, fewer planes are flying, smaller planes are flying, planes are full - most of the time.  So when something happens, there is very little elasticity in supply, there is very little surplus supply.  When United needed to get four crew members to Louisville to fly out the next day - they didn't have a seat to put them in.  The same issue the four "re-accommodated" passengers would face, of no more seats today, likely few open seats tomorrow.  It took Delta a week to recover from bad storms cancelling all flights in and out their Atlanta hub for several hours last week. In all Delta cancelled over 3,000 flights, that is about half-a-million passengers looking for open seats on flights that are already full, if not oversold.  A disaster if you really need to get someplace.

Would you buy a ticket on United Airlines this morning?