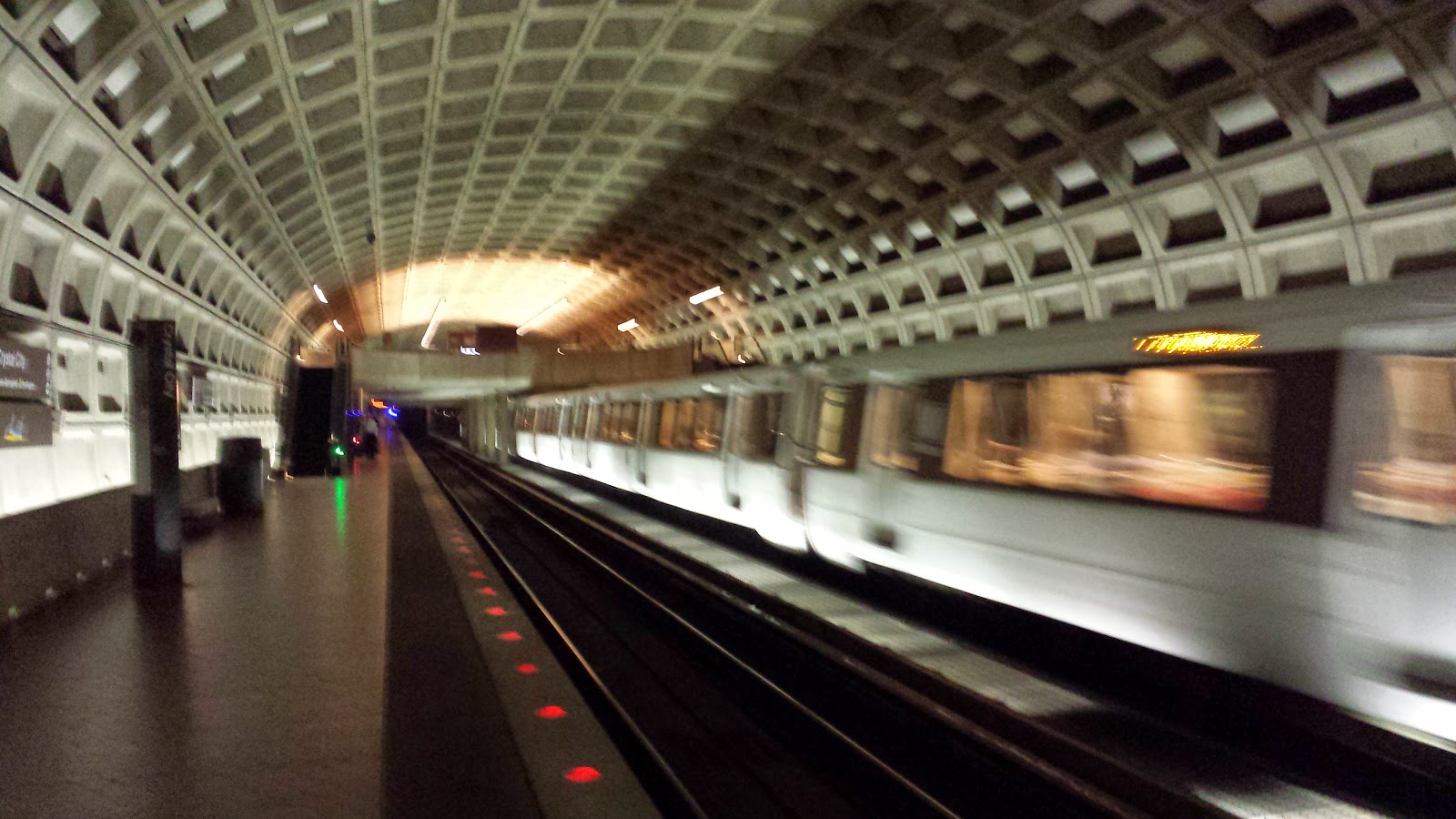 What did I do for fun this week?
I commuted in and out of a major world capital. Metro had a typical week.  Wednesday morning I got to Gallery Place to change from the Yellow to the Red line, went up the escalator and walked into a wall of humanity.  That station is almost always crowded, but this was beyond standing room only.  The announcement was single tracking due to a train experiencing mechanical problems one station east of there, at the moment trains were running in the other direction.  I went back down stairs, took the train two stops south, changed lines and came into a station two blocks south of the office.  Tuesday morning the train from Gallery place was so crowded, I couldn't find a seat, but no worry, it was so crowded you couldn't fall over if you tried.

I wrote a couple of reports.  My December end of the month activity report was due, by the 12th.  The only place I have ever had an end of the month report due 2.5 weeks before the end of the month.  I finished my semi-annual project report.  I have it down to a format, collect the data, fill in the blanks, attach a three hundred pages of documentation and it is ready to go.

I booked an airline ticket to Hawaii.  It is all work - well nearly.  I have three days of free time.  Then five workshops to present, in five days, on four different islands.  Five hotels, five airline flights. A ton of work, but it will be a week in paradise in the dead of winter.

Friday morning I had a Dentist appointment.  Three chips in the enamel to be repaired, and one ancient amalgam filling to be replaced. That was the last of the amalgam fillings.  I had a dozen or so of them done in my teens and twenties.  This was the last one.  I understand that the FDA says they are safe and effective in my mouth, but when they are removed the debris is classified as hazardous waste by the EPA.  I was glad to be rid of the last of them.  I never thought I would say this, but I trust my dentist. I have a long and checkered history with dentists, some real hacks, mostly my father's flying buddies, better pilots then dentists. I had one give up and refuse to finish the filling he had started when I started whimpering.  This morning Dr Z did three fillings, no needles no pain.  Very comfortable.