A night out with the Supreme's 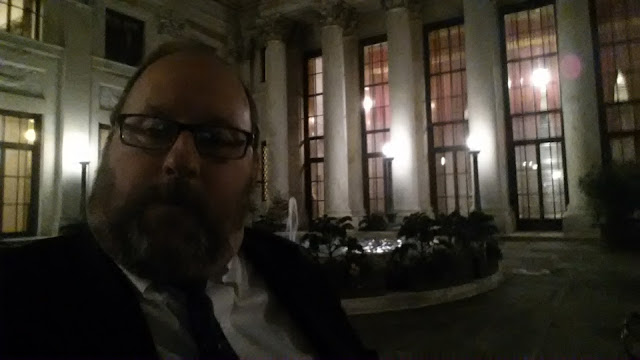 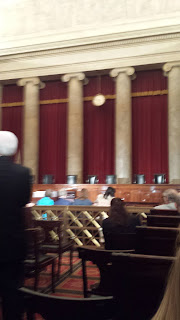 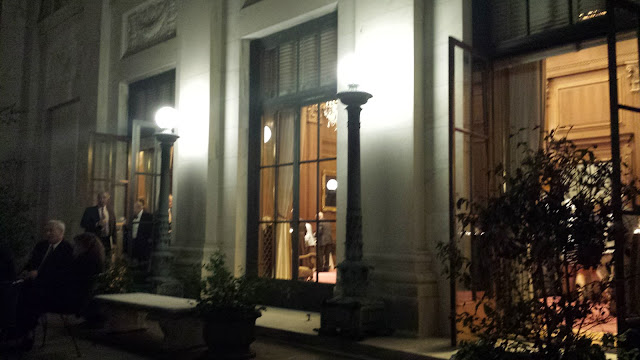 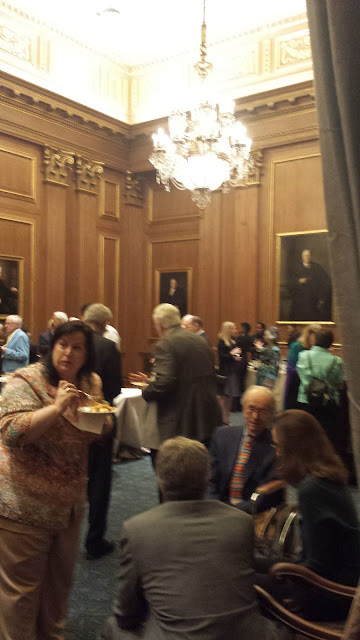 Justice Louis D Brandeis was cremated after his death and his remains interred under the portico at the Law School at the University of Louisville.  He had lived in Louisville, and was a loyal patron of the law school, he literally helped keep the lights on at the school during the depression of the 1920's.  October 19th was the 100th anniversary of his nomination for a seat on the Supreme Court.  I was invited to a lecture and reception in commemoration of this.

I have attended open Court, and visited the building as a tourist, but this was my first after hours and into non-public area of the Court visit. Justice Kagan was our host for the evening, and Justice Ginsberg also attended.  It was fun to see them off duty.  The Court building is interesting, a masterpiece of Greek revival architecture.  The lecture was held in the Court room, yes I sneaked one forbidden photograph in the court room.

The reception was held in the East and West Conference rooms on the main floor, just north of the Court Room.  Rarely seen the rooms are elegant and detailed. They open onto two interior courtyards, spaces few people outside of the Court staff ever see.  The weather was glorious for mid October and the courtyards were open.  In the top picture, the windows behind me, are the north wall of the Court room.

It was worth staying out past my bedtime.
What was the last thing you stayed out for past your bedtime?