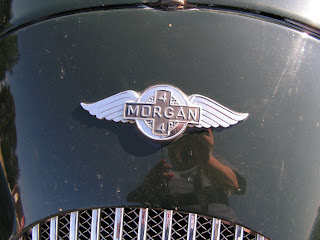 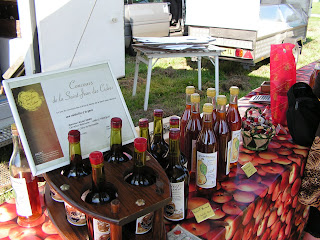 Fall was in the air a week ago, this morning it is back to 84 degrees. I watch the weather in Florida, Michigan and here in Kentucky. Not unusual it is warmer here then it is in the other two places this morning.

Fall reminds me of apple harvest season. Not much of an apple crop here in this part of the country, it snowed and froze hard in early April in the middle of the bloom. What we need are apples preserved from the prior years to tide us over at times like this. The Norman’s figured out how to do this centuries ago when the perfected a couple of delights known as Norman Cider and Calvados.

When DG and I were in Normandy in August he ordered a bottle of Norman Cider with dinner one evening. Oh my, good stuff. It has a nice fall crisp flavor with a slight scent of autumn on a farm. It is very easy to drink, and it kind of sneaks up on you, it is about 11% alcohol. When we finished dinner DG was wondering back to the wonderful hotel room and he saw a freshly cut field of wheat. Suddenly he had fond memories of walking through wheat stubble as kid, three minutes later we are standing in the middle of a 50 acre wheat field in the middle of Normandy, remembering the joys of the past and creating memories for the future.

If the cider is not quite enough for you, the Norman’s also distill it into a heavenly brandy known as Calvados. Driving back to the hotel in Normandy late one afternoon stopping at various D-day sites and memorials, we came across signs for a country fair. After a moment’s hesitation DG pulled in and parked next to a Morgan. The only one he has ever seen on the wheel. The fair was in a freshly mowed hay field behind a village church. On the left as we entered the field there was a line of local ponies with ride offered for 5 Euros. Looking at the relative size of DG and the ponies, I was glad that he decided to pass on that (though he would not have had far to fall.) The local farmers were just sitting up displays of local vegetables, cheeses, wines and Calvados. DG bought a single serving sample bottle from the farmer in this picture. It was the distilled essence of autumn in the Calvados region of France, a taste worth liberating France for.