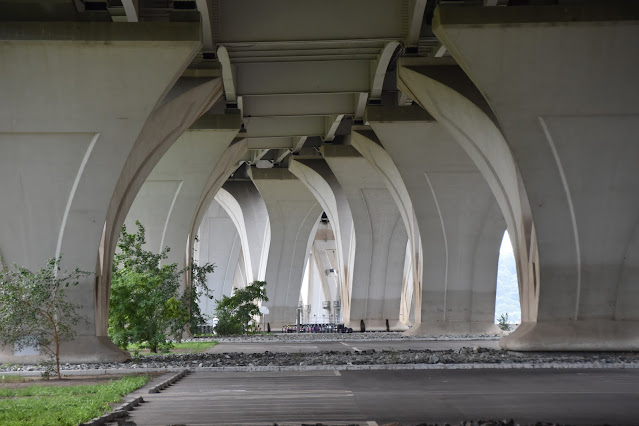 In the town my parents lived in, in Florida, the state built a new high rise bridge across the inland waterway on the north side of town.  In the shadow of it they built a new concrete fishing pier to replace the wooden one that had burned.  At the beginning of the pier was a small bar and restaurant.  I don't know that the official name of it was, we always just called it the Troll bar.  The food was good and the views of the water amazing.  The Bridge provided shade, all the better for the trolls.

Near our home here in Alexandria, Virginia the Woodrow Wilson Bridge carries 10 lanes of I-495 across the Potomac River.  Under it is Jones Point Park.  In it is the original marker for the southern corner of the District of Columbia before retrocession.  That marker is in front of a colonial era lighthouse.  We were married at the lighthouse.  I sometimes remember it is Jones Point Park, but if I refer to it as the Troll Park, we know exactly what I mean. After all who lives under a bridge, trolls.