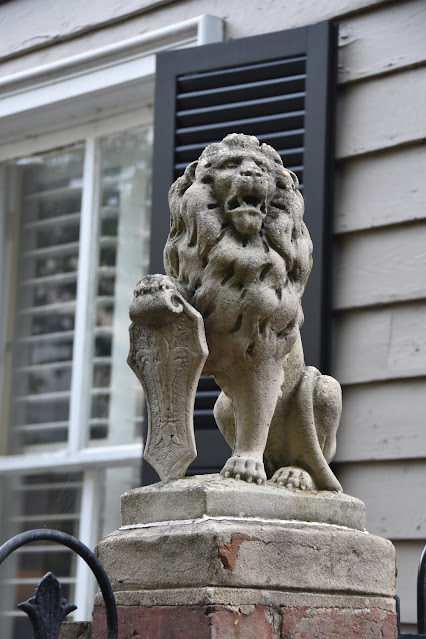 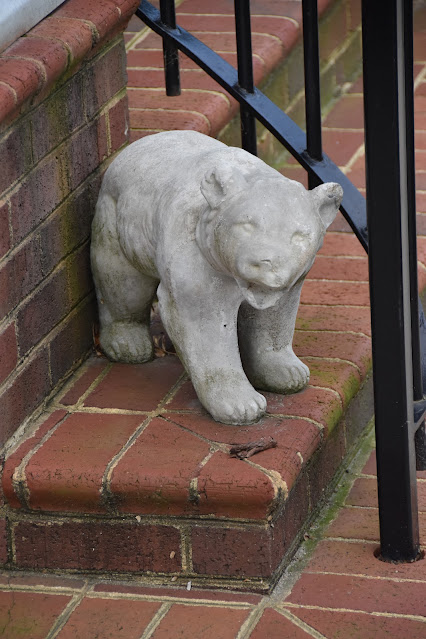 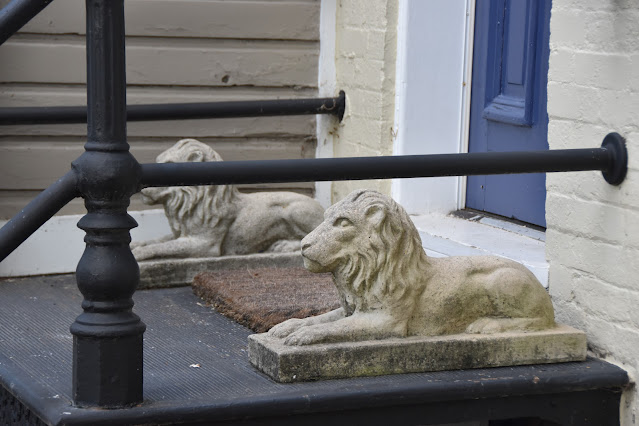 In front of the last house in Florida, I had a concrete eagle, sitting on a piece of granite from the front of the old Orlando City Hall.  City hall was imploded to make way for a new building, it kind of bothered me because the building was my age.  But Orlando had grown from a sleepy cow town to Mouse Town, and bigger diggs were in order.

The implosion of city hall was filmed for one of the Lethal Weapon films. I have never seen all of that film.  I was watching it on a flight from San Francisco to Atlanta, someplace over Texas the lights went out.  The plane had experienced a major electrical generating system failure.  We went from 38,000 feet to on the ground in Dallas in less than 10 minutes, when we pulled up to the gate there was smoke coming out of the engine on my side.  For some reason I have never gone back and watched the rest of that film.  It was the only time I ever paid extra to watch a movie on an airline flight.  And I didn't get my money back. I made it to Atlanta later that night, and onto my destination the next day.  Delta did put me in a really nice hotel near the airport for the night.

My how the story takes on a life of its own, that was not what I intended to talk about when I started this post.