The Thursday Ramble: I am calling about your car warranty that is about to expire 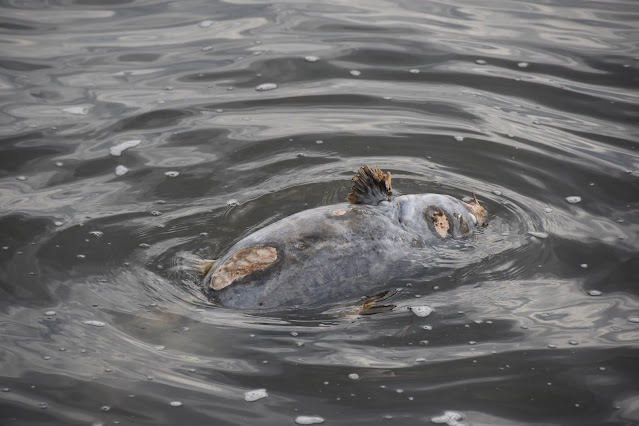 I recently read that the Attorney General of Ohio, is making headway at shutting down the major robocall operation on extended car warranties. If you have a phone in the United States, you have gotten the calls, often several in the same day, saying we noticed your car warranty is about to expire, or may have recently expired and this is your last chance to reinstate or extend it.  At the peak, it was estimated that they were making 100,000,000 calls a day.  That is a couple of calls a week to every woman, man, and child in the country.  Endlessly annoying.

Most of it is controlled by two scumbag partners, most often in California. They have a nearly impenetrable network of shell companies and limited partnerships, many of them with links outside the country, making it harder to prosecute, or recover money.  Law enforcement often gets an order for them to cease operations - they simply shut down that corporation, and use another one with hardly a break.  They have been fined over $120,000,000. And they keep coming back.

The premise of the calls creates a legal cause of action, what they are selling is a service contract, not a car warranty. Those are technically different things, and lawyers love mincing over words.

The calls violate the Federal No-Call list.  Most of the cease and desist orders and fines have been based on violations of the no-call laws.  But that does not stop them from moving to the next identity. And Congress didn't make willing and repeated violation a criminal act, lock-em-up.

In the early days of wireless phones, hundreds, maybe thousands of tiny local providers were licensed to provide cell service.  Often in small towns that the big name providers hadn't reached yet.  Over time the big providers covered the market, often simply squeezing the little guys out of business, only the more successful ones were bought out.  The little ones became worthless, but often retained their registration as a phone service provider.  One never knows.

The scammers know, and they buy the license.  The licenses are considered worthless, and can often be bought for very little.  And suddenly a phone service provider in town with 100 people, that had no active lines, has a 10,000 lines connected to it, and is handling 60,000 outgoing calls an hour. The state and the feds have figured out the way to shut down the robocallers, is to shut down their phone provider, by cancelling it's license and disconnecting it from the grid.

Advances in technology have made it possible to identify the originating provider in seconds, instead of hours - or days - or weeks.

Shutting down the one group, will shut down over 80% of the calls.  There will be others. And the same strategy will work.  Until they figure out the next way around the system.