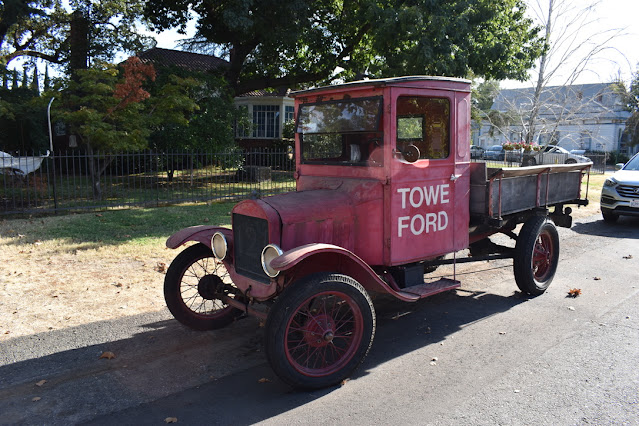 I have never owned a Ford, remarkable in that I have owned so many cars I have to stop and count - carefully to list them all- 16 of them - 4 Hondas, 3 Oldsmobiles, 2 Toyotas, 2 Mazdas, 2 VWs, 1 Renault, 1 Saturn, 1 Cadillac. My grandfather worked for Ford for 35 years.  In fact Ford paying an astonishing $4 or $5 a day, was the reason my grandfather's family moved from a farm in south west Illinois to the Detroit area.  My great-grandfather worked in the power-house, the generating station built by Thomas Edison at the Ford Family Estate for many years.  My grandfather was a machine setter, he installed and adjusted the cutting tools in a machine that made gears, mostly for differentials, some transmission parts.  Some of his most dramatic stories were the conversion to war production in the early 1940's. He described how in a matter of just a few days all of the machines were cut lose, moved around, retooled from car parts to heavy trucks, tanks, even aircraft parts.  History shows us that Henry was wrong on the War, he thought the US should stay out, he had a long history of anti-semitism. His son, took the lead on war production, promising that Ford would do it's part.
The new Bronco is due out this summer.  Time to see if Ford can do retro and a successful product launch.  I hope so, my retirement owns a chunk of Ford stock.
Do you have any family connections to car companies?
Posted by Travel at 12:00 AM