EPCOT with an Old Friend 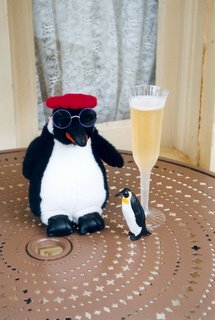 Little Bob and I went to EPCOT a couple of years ago during spring break. This picture was taken outside the bakery in the World Showcase “France” pavilion. Little Bob is a Francophile of the first order, and he was thrilled to go to “France,” he had not yet been to the real France (we visited the real France a couple of years later.) Little Bob was so pleased when the French Penguin Film won an Oscar. One of our traveling companions has Disney connections going back over 25 years. He visited EPCOT while it was under construction and attended the private pre-opening party at EPCOT (his brother has worked at Disney since the late 1970’s.) We had a great time, and dreamed of being in Paris for a few wonderful minutes.