Good Color for me 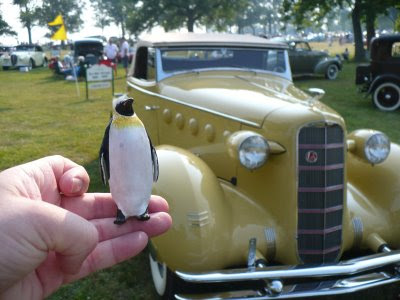 Rolling along in style, I thought that this one was a great color for me. It reminded DG of a car Flying Bob restored. Flying Bob was a childhood friend of DG's father. Bob would rebuild any thing, cars, trucks, boats, airplanes. One time the neighbors called to complain about Bob and all of the restoration projects underway around his house. The city official asked the neighbor to look across the street and tell him if a red airplane was being worked on in the driveway of Bob's house. The neighbor returned to the phone and reported that indeed a red airplane was parked on Bob's driveway and appeared to be in the process of having the engine replaced. The city offical said, " thanks for the update, the red one is mine, the blue wings in the dinning room belong to my daughter's plane. Yellow is a good color for me, I wonder if I can get Bob to paint one yellow for me.
TR
Posted by Travel at 6:45 PM